Written by Kendrick Lebron on November 19, 2020

Special significance is often attached to by-elections. They are regarded as barometers of change in the political mood of a country. For parties, they can be early indicators of possible new trends in public opinion.

On November 11, 95 by-elections were held in all nine of South Africa’s provinces, representing about 2.2% of the total 4,400 wards in the country.

Voter turnout was very low. This isn’t unusual. Local government elections in South Africa have traditionally been characterised by low voter turnout. In the first two elections after 1994, only 48% voted, followed by 50% in 2006, and the highest level ever of 58% was reached in 2016. National and provincial elections, on the other hand, attained voter turnout percentages in the mid-70s.

The low turnout means that by-elections cannot be compared with the main elections to identify trend-changes. Low voter turnout makes any comparisons expressed in percentages unreliable. That means that the by-elections don’t provide a preview of what to expect in the countrywide municipal elections to be held next year.

But some useful insights can nevertheless be gleaned about the parties – the governing African National Congress, the Democratic Alliance as the main opposition party, and the smaller opposition party, the Economic Freedom Fighters. In the 2019 national and provincial elections, the ANC’s national support declined by about 5% and the DA’s by about 1%. The smaller EFF and Freedom Front Plus increased their support.

Though a very small and unrepresentative sample of the national situation, these by-elections followed the 2019 trends in the case of the DA but not in the cases of the ANC and EFF.

The Eastern Cape and Northern Cape provinces each held the most (about 20) by-elections. The Eastern Cape was traditionally an ANC stronghold until it lost the Nelson Mandela Bay metropolitan council in 2016. The Northern Cape is geographically the biggest province but also the most sparsely populated. The ANC has controlled the provincial government since 1994 but it is one of the DA’s strongest provinces as opposition.

Two local councils (Renosterberg and Phokwane, both in the Northern Cape) were dissolved and therefore by-elections were held in all their wards.

The five by-elections in Johannesburg – the economic capital of the country – also deserve attention.

The results can be seen in this table:

The immediate impression the results create is their stability. Only about 10% of the seats changed hands between the parties. The ANC stands out as the most stable party, with a net gain of three seats while it contested more than 70% of all the seats. This could be interpreted in a number of ways.

The first is that the results reflect an endorsement of the leadership of President Cyril Ramaphosa as the head of the party. The second is that, though the ANC government’s management of the COVID-19 pandemic lockdown has been publicly criticised, and the economy has suffered badly, this appears not to have had a negative impact on the party’s electoral fortunes.

Ramaphosa’s support might have offset the negativity against the party. Noteworthy is the fact that the ANC lost its seat in Nkandla in KwaZulu-Natal to the Inkatha Freedom Party (IFP). Nkandla is the home of former president Jacob Zuma.

The absence of the Economic Freedom Fighters (EFF), the third largest party, in the results is a noteworthy feature of these elections. The party is the official opposition in the North West and Limpopo provinces, but did not make any impact on the ten by-elections there.

In the general elections last year, the EFF increased its support base in KwaZulu-Natal by about 9%. But the party did not feature in the results of the 12 by-elections held in that province.

This is unsurprising. It does not have a good track record at local government level and it does not perform well in the election of ward councillors. The party’s prominence has also been affected by the fact that its kingmaker role in the Johannesburg, Tshwane and Nelson Mandela Bay metropolitan councils did not come to fruition.

Two weeks before the by-elections the Democratic Alliance received extensive media coverage following its Federal Congress and election of new leadership. But this doesn’t seem to have given it any advantage.

The party gained two seats in the elections from the ANC in the Walter Sisulu council in the Eastern Cape and Matjhabeng in the Free State. But it lost five seats to the ANC (in Emfuleni, Johannesburg, Madibeng, Renosterberg and Phokwane). It also lost one seat each to Al-Jama-ah in Johannesburg, GOOD in George, the Patriotic Alliance in Johannesburg, and to the Freedom Front Plus (FF+) in the North West province.

It means that the DA’s main contender in these elections was the ANC. This does not support analysis that emphasises the DA’s losses of white support to the FF+ in this election. The resignations of its former leader Mmusi Maimane, Johannesburg mayor Herman Mashaba, Gauteng leader John Moodey and Tshwane regional leader Abel Tau – all from Gauteng – might explain why almost half of its losses were in this province.

Another trend was that it lost four seats to small parties. They all represent different forms of minorities in the country. The DA contends that it is a party for minorities. This is clearly under pressure but one cannot generalise about it.

Take for example George in the Western Cape, where there were four by-elections. The DA lost one seat to Patricia de Lille’s GOOD party but retained the other three wards. The loss, however, received more attention than the three wins.

The FF+ had been involved in only one by-election victory in the North West against the DA. It can’t, therefore, be claimed that there was a general shift in support from the DA to the FF+ on the basis of only one case. (Earlier by-elections, however, followed the same trend as the 2019 provincial election.)

As a possible indication of a decline in a party’s support, analyses focus on the fact that some of the majorities are now much lower than in 2019. As indicated earlier, a comparison between the majorities in 2016 and now cannot be made, because of the big differences in the voter turnout percentages.

Next year’s municipal elections will be a test for all the main parties, in each case for reasons of their own. The by-elections have demonstrated that despite the COVID-19 pandemic disruptions, the democratic basics are healthy. The opposition is becoming more diverse and fluid – and the possibility of coalition governments at local level is increasing. A major test will be the three metropolitan councils which the ANC lost in 2016. 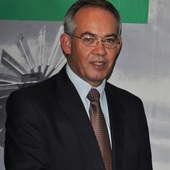