South African judge has refused to step down from corruption probe: this was the right call

Written by Kendrick Lebron on November 20, 2020

Deputy Chief Justice Raymond Zondo, the head of the inquiry into allegations that the South African state was “captured” and repurposed to benefit private interests during former president Jacob Zuma’s tenure (May 2009 to February 2018), has dismissed Zuma’s application for his recusal. The former president, who stands accused of having facilitated grand corruption, had accused the judge of bias. Politics editor Thabo Leshilo asked Cathleen Powell for her insights.

Is the decision correct or not and why?

The decision is correct, and it is the only principled decision that Judge Zondo could have taken. He found, correctly, that the test for recusal had not been met.

The test for recusal is that an objective and informed person would have a reasonable apprehension that the judge could not keep an open mind about the issue before him. This is a high bar to meet, and Zuma did not even come close to doing so.

On the issue of the supposed friendship between the two men, Judge Zondo alluded to just one meeting with Zuma, and made it clear that this meeting was in a purely professional capacity (on his assuming his position as head of the commission). There is a rebuttable presumption in every recusal case that the judge is not biased. Judge Zondo’s own assessment of his relationship with Zuma, therefore, cannot be second-guessed without tangible evidence. Zuma did not provide such evidence.

One must also recall, at this point, that one of the discussions Zuma claimed he held with Judge Zondo, about Zuma’s possible role in promoting Judge Zondo’s judicial career, cannot be true. That’s because Judge Zondo became a judge over a decade before Zuma became president.

Judge Zondo also held that the application for recusal had been brought too late, rejecting the (weak) argument that Zuma could not have challenged his appointment at the time it was made (in January 2018) on the grounds that it would have constituted interfering with the choice of Chief Justice Mogoeng Mogoeng regarding who should lead the commission.

Zuma complained that the “wrong” witnesses had somehow been called, allowing a narrative too damaging to him to emerge from the hearing thus far. Judge Zondo dismissed this complaint, holding that any and every person with evidence can be called as long as the people implicated in the evidence get the chance to answer it at a later stage.

It is interesting, in this regard, that Judge Zondo did not descend to discussing other, accurate but ultimately irrelevant defences against this claim: that some witnesses had in fact disputed the evidence “unfavourable” to Zuma; and that the commission had issued an open invitation to all people with the relevant information to provide such information (that is to say, nobody was excluded).

Instead, Justice Zondo simply stuck to principle: the commission can hear all relevant evidence. This is obviously correct: evidence is not disqualified merely for painting Zuma in a bad light. If he doesn’t like it, he can address it. But he cannot wish it away.

Zuma’s legal team had also argued that the commission “ignored” matters raised during his evidence. In this regard, Judge Zondo pointed out that Zuma never finished his evidence, despite a year’s worth of attempts to get him to return to the commission. He missed several scheduled hearings and omitted to provide affidavits he had undertaken to provide. In the end, he had to be compelled to answer questions before the commission.

The simple point here is not so much that Zuma clearly was not cooperating with the commission (although he isn’t), but that the commission cannot be said to be “ignoring” evidence until it has been presented (and interrogated) in full.

Zuma’s legal team also complained about Judge Zondo’s comments to certain of the witnesses, which they alleged showed too keen a willingness to find evidence against their client. Again, on this matter, Judge Zondo refused to be drawn on the detail. He had considered all the comments in the application for recusal and found them appropriate to his fact-finding mission.

In an inquisitorial proceeding, such as that followed here, the commissioner is expected to engage more actively in fact-finding than a judge would in a more passive, accusatorial system (the normal procedure in South Africa’s courts). But Justice Zondo pointed out that, even in South Africa’s accusatorial system, the judge is entitled and even obliged to clarify the evidence.

What options are open to Zuma?

The option that Zuma and his legal team have taken is unlawful: to withdraw from the proceedings without the permission of the presiding officer. This constitutes contempt of court as well as the offence of showing disrespect to the commission. Both Zuma and his legal team can be made to face criminal sanction for this conduct.

Legal options for Zuma would include taking Justice Zondo’s decision on review to a high court and then on appeal if (as is certain) the review fails. In addition, the legal team would have to apply for an interdict to stop the commission from proceeding with its work while this process of review and appeal is heard.

Another step which Zuma has already threatened to make – to appear, but not to answer questions – is also unlawful. The Commissions Act and the regulations protect Zuma from self-incrimination by prohibiting the use of the evidence he provides at the commission against him in a criminal trial. But it does not allow any witness to refuse to answer questions.

What are the implications for the commission?

The Zondo commission will still be able to produce a report, although it will probably be delayed by Zuma’s conduct, and require considerable additional funding. The current deadline of March 2021 would have to be extended if Zuma held up the entire process by appealing Judge Zondo’s refusal to recuse himself, but such an extension is possible. What the commission may have to consider, to be sure to get evidence from Zuma, is whether it is prepared to use further coercive mechanisms open to it, such as fines and imprisonment.

What is the strategy being applied by Zuma and his legal team?

There appear to be two underlying strategies. One is the so-called “Stalingrad” strategy, whereby Zuma holds up a legal process for as long as possible. The other is an attempt to delegitimise the work of the commission, so that, when it does produce its report, it is taken less seriously, particularly by Zuma’s current supporters. 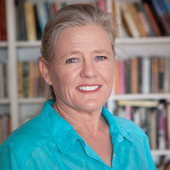