Social media seized the narrative in Uganda’s election. Why this was good for democracy

For months, Ugandans have witnessed a vicious presidential election campaign without precedent. While the incumbent, Yoweri Museveni, has enjoyed free rein on the campaign trail, his youthful main opponent Robert Kyagulanyi and his supporters have faced numerous obstacles – and physical assault. The result is a pervasive sense of political crisis in the run-up to the January 14 vote.

But in this crisis is the potential for release. Ordinary Ugandans are pouring their social and political grievances onto social media platforms, spawning debates around accountability and governance. They have taken to recording events they find newsworthy and posting them directly to ordinary people’s WhatsApp, Facebook and Twitter accounts. In the process, they are sidestepping traditional channels – mainly radio, television and newspapers – along with their bureaucratic and hierachical procedures of news gathering.

The traditional media landscape has been dominated by Vision Group, in which the state owns the majority stake. The group owns the biggest circulating newspaper,The New Vision, a number of local regional newspapers and TV stations. Uganda Broadcasting Corporation, a statutory agency, has the widest TV and radio reach over the country, broadcasting in English and the major local languages as well as Kiswahili. The other main players are private media houses with TV and radio outlets and newspapers. But all are kept on a short leash through legislation and commercial imperatives in a market where the government is the chief source of advertising.

The migration to social media has been driven by two key factors. The first is the wave of excitement in favour of Kyagulanyi, better known by his stage name Bobi Wine, and his bid for the presidency. The recent riots and their spread across the country only provide a glimpse into the popular interest in him. Traffic on social media is an indication of his appeal.

The second driver has been the fact that Uganda has a very youthful voting age population. The country has the second youngest population on the continent. According to the World Population Review, just 2% of Ugandans are 65 or older.

These young Ugandans have turned to their favourite tool and pastime: social media. The easy access to information on smartphones has emboldened them to speak out without fear.

In addition, journalists and prominent people in politics have set up Facebook pages and YouTube channels. They have taken to posting realtime events and activities of the politicians and their families. These clips range from hard news to human interest stories as well as outright propaganda and lies which are quickly debunked by the adversary.

The government tried to curb the use of social media, such as enacting a law on the misuse and abuse of technology. But it does not have the capacity to track all offenders, let alone to prove its case in court. Also, its attempts to limit access by levying social media tax have largely been sidestepped by the widespread use of virtual private networks.

Never has a contest in Uganda’s political history been so furiously played out in the media space as the 2021 national elections. This trend is now irreversible. This may be the one gain for Ugandan democracy from the bruising poll. And it’s a gain unlikely to be dented by Uganda’s unprecedented ban on all social media platforms and messaging apps 48 hours before the presidential vote.

During Amin’s era in the 1970s balanced reporting was unheard of. The government newspaper, Voice of Uganda, carried leading headlines daily featuring Amin throughout its lifetime and the government radio and TV stations were Amin’s mouthpieces. It was suicidal to carry dissenting voices.

When the National Resistance Movement came to power in 1986 through an armed insurrection, it set up its own media presence. This media extolled the new leadership and the movement through which it captured power. “When we captured power” became the ubiquitous preamble of many government officials’ speeches. It was embraced positively in TV and radio documentary scripts and newspaper articles.

The image of a new regime riding on the wrongs of past leaders to capture power by armed insurrection in the interests of the people is now a distant memory. Fast forward to 2021 and six election cycles later, Ugandans in general and journalists in particular are feeling the full force of that power.

Journalists covering the current campaign have endured police assault, access restrictions and regulatory sanctions such as having to register to be accredited. There is ample evidence of brutality.

COVID-19 restrictions have also been used as a smokescreen to control the media and the movement of journalists.

Restrictions have been placed on media access for opposition candidates. Such candidates have reported incidents of being denied access to upcountry broadcast outlets by government authorities and owners fearing repercussions. Opposition candidates also lament restrictions to the mainstream radio and television such as UBC’s network.

Amid all these hurdles, Museveni has continued to appear daily on media outlets. His daily schedule includes live TV appearances commissioning government development projects such as roads, hospitals, markets, bridges and dams.

There are also downsides to the spike in social media use. One is that conspiracy theories abound on the various platforms. But, despite the challenges posed by the unprofessionalism of some citizen journalism on social media, the public has woken up to the power of breaking news and whistleblowing that speaks directly to power.

There have been some notable instances where social media has come into its own in holding those in authority accountable. One example was the effective use of live streaming of the deadly political riots in which at least 45 were killed in November 2020. This proved to be the only source of direct information after security services cut the flow of information by seizing journalists on the scene and prevailing on media houses not to broadcast the violent scenes.

How the role of social media will affect the outcome of the poll remains an open question. Demographics will play a large role. Museveni still has a hold on rural and elderly voters while Kyagulanyi seems to pull the urban youth.

Above all, much depends on whether it’s a free and fair poll. Here, Kyagulanyi can only hope that the electoral commission ensures a level playing field. 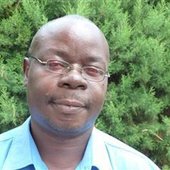 Fridays for Future: Biden and Harris, keep your promises on climate change action