We are at a unique moment in history. Two particular, ongoing events stand out. COVID-19 is one. The other is a long-overdue recognition of inequities among people in the US and worldwide, as exemplified by the Black Lives Matter movement. These issues provide a useful, timely lens through which to consider the role and value of African research.

There are many levels on which the future of the world, not just Africa’s, rests on African research. First, Africa represents the youngest and fastest growing population in the world. This makes intellectual investment an imperative, to harness talent that is a significant and growing share of the global population.

Second, Africans represent the oldest and most diverse genome in the world. Human genetics research has the potential to reveal some of the small differences in our genes that are influential in determining what makes Africa more susceptible or resistant to certain diseases. The findings can influence disease outcomes and response to treatment.

Such studies are critical not just to improve the health of Africans themselves, but also to shed light on diseases that affect people of African origin who reside all over the world.

Third, Africa carries about 25% of the global disease burden. This is rapidly shifting from communicable to noncommunicable causes. Of course, it’s good news that part of this equation reflects a decline in death and illness from AIDS, malaria, tuberculosis and neglected tropical diseases.

But it is also a sad story of the rapid increase in incidence in the noncommunicable diseases that have for a long time dominated in the global North. Heart and other vascular diseases, cancer and diabetes in African countries are often driven by the same excesses that exist in societies that have been prosperous for longer: obesity, smoking, and lack of exercise. By investing in African science to address African diseases, we invest in the parallel prevention and treatment of the same diseases everywhere in the world.

Fourth, scientific research is a vital driver of economies. Currently, the African continent’s scientific output represents less than 2.6% of the world’s share, according to UNESCO. Without major investments in scientific research, particularly the kind of basic research that is often not considered cost-effective for private enterprises, African economies will be at a perpetual economic disadvantage.

All of this raises the question: is there world-class research in Africa? Yes, there is. Thanks to major investment in science infrastructure, human resource training and education, the continent is well placed to lead from the front.

This investment has not happened by accident. It’s been driven by deliberate programmes and advocacy, much of it through the Alliance for Accelerating Excellence in Science in Africa.

We and our colleagues at the African Academy of Sciences created the Alliance in 2015 through a partnership with the African Union Development Agency, founding and funding global partners, and through a resolution of the summit of African Union Heads of Governments. The Academy’s research and training programmes operate under the Alliance. Its mission is to shift the centre of gravity for African science to Africa through setting agendas, mobilising research and development funding, and managing science programmes.

The Alliance for Accelerating Excellence in Science in Africa has funded 186 grantees directly. Some of them in turn offer master’s, PhD and postdoctoral fellowships. This has led to a scientific community numbering over 2,000 scientists in about 40 countries.

Among our premier programmes are DELTAS Africa and Grand Challenges Africa. They tackle major infectious diseases, neglected tropical diseases and other health challenges.

These and other programmes are bearing fruit. Research emerging from the Alliance includes point-of-care diagnostics; the reduction of carbon dioxide emissions and identifying novel genes to detect hearing impairment early.

All of this research can be applied in African countries and beyond. And more of it can be produced if the global scientific community, governments, funders and others come together to tackle the hurdles that African researchers still face.

The nations of the African Union have all pledged to dedicate 1% of their respective GDPs to research and development but spend an average of 0.45%. These nations are grappling with many competing needs.

Basic research is almost never attractive to commercial funders, and African governments often do not have the resources to fill this void. Or they are not in office long enough.

Western funders tend to focus on health and medical research. This is worthy. But it leaves the physical, mathematical, and chemical sciences as underfunded orphans. Big innovations are built on the foundation of basic discovery. African scientists must enjoy the opportunity to contribute to that foundation alongside their peers in countries where public investment in basic science has been provided for decades. 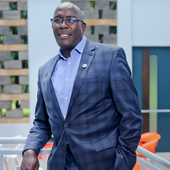 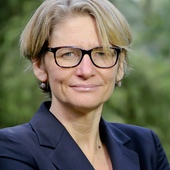