Now there’s a chance of justice for Thomas Sankara, it’s useful to review what got him killed

Earlier this month a court in Burkina Faso’s capital indicted former President Blaise Compaoré for his role in the murder of his comrade, Thomas Sankara, on 15 October 1987.

The military court detailed Compaoré’s “complicity in the assassination”, the first time a court in the country has made such an accusation. Compaoré ruled the country until 2014, when he was forced to flee for neighbouring Cote D’Ivoire during a mass uprising.

The decision to try the former leader has been called a landmark moment. Sankara’s family has pursued justice for almost 34 years but while Compaoré was in power there was no possibility of bringing his murderers to justice.

The political history of Burkina Faso is one I have studied and written about extensively, with a particular focus on the circumstances leading to Sankara’s assassination.

It is important to unravel this event and its significance if a trial of Compaoré is to be understood (or to take place).

Thomas Sankara was the president of the West African state of Burkina Faso when he was murdered at the age of 37. He was the leader of a bold initiative to transform a country trapped in a dependent relationship with the rest of the world, particularly France.

From the early 1980s, Sankara emerged as a challenger to the cynical class of post-independence leaders. Sankara was a radical army officer who became disgusted by the circulation of a self-serving elite in his country since independence in 1960. During prolonged military training in Madagascar in 1970s he read extensively and studied the history of the continent’s militant movements, and witnessed the toppling of the government in Madagascar itself by students and workers.

Sankara came to power in a popular coup on 4 August 1984. The Burkinabé revolution, as it became known, took place at the start of the age of economic austerity on the African continent. This arose from the structural adjustment policies demanded by the World Bank and the International Monetary Fund, and from cuts to funding for public services.

Economic devastation  and the largely unreformed relationships of African states with former colonial powers formed a pattern which Sankara promised to break. He refused to accept that poverty in West Africa was inevitable, and offered a new kind of freedom.

Development projects imposed by the West had failed, and he saw the future in securing Upper Volta’s (as the country was known before 1984) separation from the exploitative linkages with France, the former colonial power. Sankara was an army officer who envisaged radical change instigated by a movement which could be directed from above, though with the mass participation of the poor.

Many of the reforms that were implemented under the brief period of Sankara’s rule were ambitious, and far-sighted. Sankara’s government launched a mass vaccination programme in an effort to eliminate polio, meningitis and measles. From 1983, 2 million Burkinabé were immunised.

Before 1983 infant mortality in Burkina Faso was at roughly 20% but fell in the period of Sankara’s presidency to 140 per 1000 births. These were vital and welcome initiatives, and they were introduced through state and community structures which had been introduced after the 1983 coup.

As part of the reforms, the Comités de Défense de la Révolution, an institution tasked with policing the revolution, charged themselves with translating instructions and government orders into reality, occasionally resorting to coercive measures. The work of these state sanctioned committees were not straightforward.

Sankara’s project was delivered from above to Burkinabé society. This isolated and weakened him.

Due to the political control of the Conseil National Révolutionnaire, the sovereign body of the revolution, with other parties and civil society organisations banned, Sankara was really vulnerable only to counter-coups from within the military – from forces who wanted to return, broadly speaking, to business as usual with French imperialism, and domestic interests who had profited richly from this relationship. Opposition, under Sankara’s instructions, had been marginalised or stamped out. This left him exposed, with only a small militant core by his side.

Sure enough, a counter coup came. It was ruthlessly planned and executed. Sankara was shot at the presidential residence by gunmen in military uniform.

Compaoré, who had been minister of state at the presidency during Sankara’s years, quickly denied involvement, claiming he was at home and sick. By the evening of the assassination, he was the new president. The new regime quickly returned Burkina Faso to its place in the global political–economic hierarchy – with little reaction from all the Burkinabé who had supported Sankara’s transformation ideas.

There was no popular movement among the working class and the poor that might have resisted a return to the old state. Sankara had stripped himself of the ability to defend the transformation he had tried to achieve.

He had tried to substitute his popularity, charisma and oratory for a real movement that could confront the forces working towards his defeat.

When, in 1961, the Algerian revolutionary Frantz Fanon wrote about Congolese leader Patrice Lumumba’s murder and isolation, he was expressing the dangerous loneliness of the African radical intelligentsia, of which Sankara was a later representative:

‘Each time his enemies emerged in a region of the Congo to raise opinion against him, it was only necessary for him to appear, to explain and to denounce for the situation to return to normal. He forgot that he could not be everywhere at the same time and that the miracle of the explanation was less the truth of what he exposed than the truth of his person.’

With the possible arrest and trial of Compaoré for the murder of his comrade there might be a chance for justice. Compaoré delivered Burkina Faso and its great hopes for revolutionary change back into the hands of international power and French influence. For this he was overthrown by a popular insurrection in October 2014. 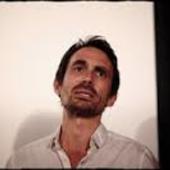