Nollywood: how professionalism – and a new elite audience – is affecting it

The Nigerian film industry, fondly called Nollywood, became popular in the early 1990s, although with more negative attributes than positives. Over the years, the industry has attracted a lot of criticism.

Some critics believe that the industry is quantity driven, while shunning quality. Others slated the industry for its budget restrictions, weak plots and repetitive dialogue.

But the most alarming criticism was focused on fatigue caused by movie overproduction. This fatigue was created by profit-driven filmmakers who churn out cheap, rushed movies on the regular. This wasn’t surprising given the fast growth of the industry. In the early 2000s, Nollywood went producing up to 50 films per week, with an annual total of over 2,500 movies.

This overproduction caused a saturation of the market and film professionals began to seek alternatives in order to produce quality films. Starting as early as 2006 the industry began to make movies with a new approach to everything. Films like The Amazing Grace, Ije and Through the Glass started a change in the diaspora. And on the home market, the new wave was domesticated with Kunle Afolayan’s The Figurine. Some filmmakers described this as their attempt to rescue the dying industry.

Filmmakers – among them Afolayan, Chineze Anyaene, Obi Emelonye, Stephanie Linus, Jeta Amata and Mahmod Ali-Balogun – began to adopt a different marketing strategy to amplify earnings. Previously, Nollywood was largely produced for the small screen and consumed mostly straight to video on VCD/DVD. The new marketing strategy took the consumption of Nollywood back to the cinema.

This marked a turning point for the industry.

In 2013 President Goodluck Jonathan’s administration launched a 3 billion naira fund named Project ACT Nollywood, to support filmmakers. The fund was to help with capacity building and training for actors and filmmakers. It was also a vehicle for the establishment of film distribution platforms. This rejuvenated the industry, attracting young professionals in droves.

Nollywood’s transformation has since become huge, with films such as Kemi Adetiba’s The Wedding Party (2016) grossing record breaking figures at cinemas.

In my recent paper, I explore these seismic changes. I set out to answer what impact this revamping – from producing straight to VCD/DVD films consumed mostly by the masses, to an elite-targeted theatre distribution – has had on the industry.

Since 2010, some dramatic developments have changed the nature of Nollywood. They include an influx of professional filmmakers, the rise in international festival and cinema tours, international premieres, collaborations with multinational companies, Pan Africanism and distribution via multiplexes. In this time, a film’s release on VCD/DVD began to happen later in its life, effectively disenfranchising Nollywood’s traditional mass-market consumer base.

The questions I was interested in answering were: was the industry professionalising – in other words have Nollywood’s film makers become more specialised in their art? And was it gentrifying? Gentrification refers to the renovation and transformation of a neighbourhood, previously occupied by the working class, to suit the tastes of middle and upper class. I use the word metaphorically to explore whether Nollywood increased in grandeur, appeal and acceptance among Nigeria’s upper class.

The ability of Nollywood filmmakers to receive specialised training and improved knowledge meant that filmmakers’ perception of film and the creative process changed. It led to a new outlook – filmmakers became quality rather than quantity driven.

Budgets also got bigger. More money began circulating in the industry as corporate and institutional funders stepped in. Corporate funders became interested in the industry due to its increasing formalisation of practice and rising professionalism among practitioners. They also saw the potential of high profitability and return on investment. State and Federal governments are also showing increased interest in the industry.

Media anthropologist Alessandro Jedlowski notes that targeting diaspora audiences was a way to overcome the fatigue in the industry which began to manifest from 2017. Entertaining the elite, diaspora and non-African audiences came with its own activities. They include the exposure of filmmakers through film schools, international workshops and personal developments, interaction with Nigerian filmmakers in the diaspora, as well as the exploitation of linkages and contacts.

But did this these transformations mean the gentrification of the industry?

The gentrification process generally increases cost of living as well as housing, forcing original residents of the neighbourhood to relocate to less expensive areas. This invariably leads to their displacement.

The use of gentrification as a metaphor is deliberate. I wanted to avoid exploring the rise in the cost of production as a result of the influx of new and wealthy film professionals. Or the displacement of filmmakers or audiences. Instead, I wanted to explore whether the acceptance of Nollywood among the upper class or elite had led to a loss of dominance among poor people.

I did not find any displacement of either filmmakers or audiences.

But I did find that Nollywood had moved to catering to upper classes as much as it catered for the masses.

I concluded that gentrification in Nollywood wouldn’t lead to any permanent displacements as two disparate filmmaking models co-exist. If any, I anticipate a temporary displacement at the point of consumption. But, since films eventually end up on DVDs, audiences that have been displaced from consuming films distributed via the theatres will finally get to consume them when they’re released on DVD.

The old and the new Nollywood

Nollywood currently has two broad business models – one that has come to be called the Old Nollywood. And the other, New Nollywood.

While some have confused these to be classifications for films and filmmakers, in reality, they are both business choices available to the Nollywood filmmaker.

These models cater to different audiences while some filmmakers continue to explore and experiment with new distribution channels.

The interesting question is: can the changes be sustained?

At the University of Nigeria we’re trying to ensure that they are. We’re doing this by guiding students to create authentic African stories. Chris Obi-Rapu, director of the classic film Living in Bondage (1992), maintains that story is the bedrock, the foundation of every film. A film created from a faulty foundation is doomed, no matter how large its budget is.

As one of the recurrent points of criticism against the industry, we are contributing to Nollywood’s transformation by ensuring that future industry players and scriptwriters are equipped with creative ingenuities to conceive and produce screenplays which are authentically African, well researched and thoroughly entertaining. 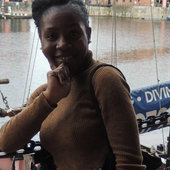