WordPress database error: [Disk full (/tmp/#sql_56e_0.MAI); waiting for someone to free some space... (errno: 28 "No space left on device")]
SELECT t.*, tt.*, tr.object_id FROM wp_terms AS t INNER JOIN wp_term_taxonomy AS tt ON t.term_id = tt.term_id INNER JOIN wp_term_relationships AS tr ON tr.term_taxonomy_id = tt.term_taxonomy_id WHERE tt.taxonomy IN ('category', 'post_tag', 'post_format') AND tr.object_id IN (20887) ORDER BY t.name ASC

Kenya’s Rift Valley lakes have been this high before. But there’s cause for concern – Transafrica Radio

Kenya’s Rift Valley lakes have been this high before. But there’s cause for concern

There are many lakes along the length of the African Rift Valley, which runs from the Red Sea in the north to Mozambique in the south. Kenya’s eastern Rift Valley has a string of eight lakes.

These lakes provide diverse habitats ranging from the freshwater lakes of Naivasha and Baringo to the semi-saline Lake Turkana, the saline alkaline lakes of Magadi, Elmentaita, Nakuru and Bogoria and the transient Lake Logipi.

Some lakes are recognised as Wetlands of International Importance, and all are Important Bird Areas, with several being within UNESCO-listed World Heritage Sites.

The lake level rises are worrying because of the destruction to homes, livelihoods, industry and infrastructure, and loss of terrestrial wildlife habitat. So far this year, the rising waters of Lake Baringo alone have displaced more than 5,000 people and destroyed schools, hospitals, hotels and roads.

And the effects on lake ecologies are a concern as flooding increases lake turbidity and dilutes the saline waters of alkaline lakes.

Having worked on East African hydrology for decades, including these lakes, I wanted to share insights on the rise in water levels.

The Rift Valley is subject to ongoing plate tectonics and crustal movement that can affect the lakes. The recent rises, though, are directly associated with above-average rainfall. The lakes have been even higher in the past, and with rainfall in the Rift Valley Basin being on a rising rainfall trend, higher lake levels can be expected in the future.

Land use changes, riparian zone encroachment, loss of wetlands, and urban growth are all contributing to more extreme flooding. This is because the proportion of rain and sediment that runs off from the catchments is increasing.

The lakes’ water cycles are governed by rainfall on highland catchment areas, evaporation and seepage. Water reaches the lakes through direct rainfall, rivers, groundwater flows, and in some cases hot springs from underground geothermal fields.

The eastern Rift Valley is semi-arid and its high evaporation rate concentrates salts in the lakes. The lakes are especially sensitive to changing catchment rainfall and have, in the past, ranged from near empty to much higher levels than today.

The studies I’m currently doing show, as have others, that there has been above-average annual rainfall over the last decade. Kenya’s October to December 2019 rains were the highest on record for decades. These were followed by above-average rains in 2020. In some areas they were 400% more than normal.

With persistent rainfall, the catchment surface layers saturate, resulting in extended flood periods. For instance the Turkwel dam, which was built on the Turkwel river in the northern Rift Valley Basin, recently reached its highest level on record.

And in May this year, Lake Naivasha reached its highest level since 1932. The lake’s expansion has flooded developments, such as surrounding flower farms.

Yet, like the other lakes, Lake Naivasha’s waters have historically been higher. The lake is 1.4 vertical metres short of its official riparian boundary. In 1917, the lake was 2.4 metres higher. In earlier centuries, the lake was at least 13 metres higher.

Lakes Nakuru, Bogoria and Baringo have also risen to their highest levels in decades, inundating roads and building infrastructure, yet they also are not as high as they were in the early part of the last century. Lake Turkana’s current level was also reached in the 1970s and early 1900s, and in 1896 it was 14.6 metres higher.

Regional lake water levels were higher still during the Holocene, up to 10,000 years before the present, during a wetter period. For instance, Lake Turkana was 100 metres higher and Lakes Bogoria and Baringo had risen high enough to merge into one lake. Present-day Nakuru and Naivasha townships would have been under water.

The water cycles of Rift Valley lakes are changing as water is taken out for use and because the catchments and land surrounding the lakes are being degraded. For instance, forests are being converted into agricultural land, there is increasing urbanisation and people are encroaching onto riparian and wetland zones.

These catchment changes reduce rainfall recharging of underground aquifers, and cause more sediment – such as soil – to run off into rivers. This sediment reaches and accumulates in lakes and reservoirs. This can clog natural underground freshwater outlets, in which case lake salinity and levels will rise. The deposited sediments also build the lake beds and displace lake water levels upwards. I have measured up to 30 metres of sediment accumulated within Turkwel dam’s reservoir since 1991.

Changes caused by people are different for different lakes.

Lake Nakuru’s ecology has long been affected by catchment change. For instance, the forest cover of its catchment area is reported to have declined from 70% to 15% over the past 50 years, leading to greater runoff into rivers and thence to the lake. On top of that, the growth of Nakuru town requires more water supply which will be imported. Unless otherwise channelled, this extra water will end up in the lake, raising water levels, and if not properly treated, will worsen pollution.

The flow of water into Lake Turkana is being regulated by dam and irrigation developments, potentially affecting the lake ecology and fisheries.

Excessive river inflows into the lakes result from increasing catchment rainfall coupled with the effects of land use changes. Dilution of saline waters affects the production of cyanobacteria, the food sources of lesser flamingos. Increased turbidity reduces light penetration into water, and affects photosynthesis, an engine of the aquatic food chain.

While tectonic plate changes are beyond humans’ control, biodiversity-friendly land use and commitment to existing legislation and national vegetation cover goals can limit catastrophic damage to lake ecological systems, people and property.

In the context of increasing rainfall trends, it is vital that official demarcation of riparian and wetland zones takes full account of the very well-documented extreme high lake level precedents and extent of flooding of the last century and before. 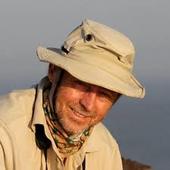 GOT THE FUNK? SHOW IT!

Vegetarian diets not always the most climate-friendly, researchers say

Living With Yourself | Official Trailer |

In the Shadow of the Moon | Official Trailer |

Hello? Indigenous Maori have words with Air New Zealand over trademark of phrase

OPINION: How to stop climate change robbing African farmers of a brighter future

H_ART the Band – “Made in the Streets”

Dolemite Is My Name | An Oral History |