Written by Kendrick Lebron on November 20, 2020

In Nigeria, a large number of players move from one club to another in the country’s top division of 20 clubs.

Although exact figures are sketchy, there are many footballers who engage in this migration, covering large distances. Some players move between Lagos and Maiduguri, which is a distance of 952 miles (about 1,500km). These huge distances limit the number of times a footballer returns home to his family each season. Often, these visits may be limited to one for the Christmas break in Nigeria.

Player transfers are a global practice. But they come with grave consequences for the footballer’s family. We recently studied footballers’ families in Nigeria, and gained valuable insight into their situations.

In two studies leading to three publications, we interviewed footballers and their spouses about life beyond the game. Fans of the sport rarely get to see the underbelly of the game, and the media largely ignore it.

In Nigeria, our interviewed footballers travelled to new work cities alone, leaving their families behind in permanent family homes. This cuts down the cost of transfers, enabling players to move frequently and easily. Annual transfers are a necessity due to the poor administration of local football clubs. Top flight footballers are often owed their salaries, and the only assured remuneration is the sign-on fee received upon joining a new club. It’s the opposite in Europe. Studies show that European footballers regularly transfer from one club to the next with family members in tow.

Unfortunately, living apart takes a toll on the wives. Women who solely manage the home assume new responsibilities and suffer an increase in stress.

The women say their lives are strained by the lengthy absence of their husbands from home. They are often disturbed by the possibility of their absent husbands engaging in extramarital affairs. Beyond those intimate concerns, they are stressed with carrying out extra home management responsibilities that are not culturally expected of them as wives. Examples include driving children to school and taking the family car to the repair shop. These are traditionally considered the role of the husband.

As they carry out these activities, wives acquire more power within the family.

Power shift in the home

When Nigerian footballers stay away from home, the power distribution shifts in favour of the wife. The change in dynamic often comes with increased responsibilities, including running the extended family. They also become resourceful breadwinners, setting up small businesses to cover income deficits caused by the frequent nonpayment of Nigerian footballers’ wages.

As a consequence, women develop a variety of coping strategies to deal with the stress. These include income-earning activities and staying in constant communication with their husbands through video calls, telephone calls and texting.

Despite their increased allocation of power, some wives of footballers loathe football. While they understand the economic necessity of their spousal absence, they constantly long to have their husbands at home. The resentment built from time apart also makes women frown on their sons seeking a future in football.

Lessons from footballer migration in Nigeria

Financial advantages excluded, transfers negatively affect families who care for more than money. Families are uprooted, schooling disrupted, and adjustment to new places may be difficult. That’s why a large percentage of footballers end up in divorce courts.

The economic importance of footballers’ wives needs to be highlighted in pop culture. African stereotypes demand that men are providers. But in Nigerian footballing families, the wife shares this responsibility equally. In addition, wives usually create a more stable income to manage the family in the absence of the husband and his wages. This reality demands a review of how wives are perceived in Africa and their acquisition of power within the family structure.

Footballer families in Nigeria provide opportunities to gain new perspectives in family dynamics, especially in African societies where their roles appear to be culturally set in stone. 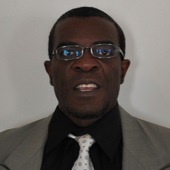 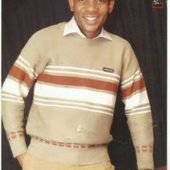