How COVID-19 has worsened attacks against journalists in Kenya

Written by Kendrick Lebron on November 6, 2020

Almost a decade after the United Nations set aside November 2 as a day to reflect on ending impunity for crimes against journalists, crimes against media workers in Kenya are still widespread. The coverage of elections and corruption cases has typically prompted these attacks. But now the COVID-19 pandemic has exposed more of the state’s intolerance towards journalists in their line of duty.

Kenya confirmed its first case of COVID-19 in mid-March 2020. By the end of the month, the government had imposed a curfew to stem infections. Soon afterwards, images of police officers using excessive force to enforce the curfew surfaced in the media. Three deaths were reported as a result of police brutality.

The police then began harassing journalists who reported on their brutality. By October 2020, there had been at least 48 reports of violations against journalists reporting on the pandemic. Twenty two of those cases occurred within six weeks of the first case of COVID-19. The violations have included physical assault, arrests, verbal threats and online harassment.

At least 10 journalists and digital content creators have been arrested or threatened with prosecution under the Computer Misuse and Cyber Crime Act 2018. They were accused of publishing and spreading false and alarming information on social media about the new coronavirus. At least 10 others were arrested under the Public Order Act, for allegedly flouting the curfew.

Some commentators have categorised these recent incidents as politically motivated – attempts to camouflage the government’s inefficient handling of the coronavirus crisis. Kenya’s ministry of health has been accused of corruption and ineptness in its COVID-19 response, which it has refuted.

It is no wonder then that Kenya has dropped three places and is currently ranked at 103 out of 180 countries on the 2020 World Press Freedom Index. This can only be remedied by the media continuing to highlight crimes against journalists to ensure that justice is served.

But journalists don’t necessarily get support even from the media houses that employ them. Some employers have used the COVID-19 pandemic as a pretext to enforce staff layoffs and salary cuts. According to the Kenya Editors Guild, more than 300 journalists have lost their jobs in the past nine months. Some of them were notified via text message.

This is made possible by the wider culture of impunity, unfavourable laws, and media ownership that is tied to the ruling elite.

Kenya has a long history of using repressive laws to silence and punish journalists for doing their jobs. At independence, the role of the media was to address the challenges of poverty, disease and ignorance. Many African governments, including Kenya, nationalised media and exercised unfettered control over them to promote their development agendas.

Gradually, the media were transformed into a propaganda department for Kenya’s one-party state. Draconian laws were passed to curtail press freedom and other forms of public agitation. Consequently, the history of the Kenyan media in the 1970s and the 1980s is filled with episodes of state interference, harassment and torture of journalists.

The re-introduction of multiparty politics in 1991 expanded the ownership base of the media. Journalists grew bolder. But as former president Daniel arap Moi struggled to maintain his grip on power, the 1990s saw renewed attempts to curtail media freedom. The passage of the 2010 constitution came as a relief because it expressly articulated media freedom.

Yet journalists and media outlets in Kenya faced increased pressure after Uhuru Kenyatta assumed office in 2013. The Jubilee Party’s contempt for the media was evidenced when the president stated that newspapers were only good for “wrapping meat”. The current administration has continued to enact laws that undermine media freedom. Some of these laws are the Media Act, 2013, Kenya Information, Communication (Amendment) Act, 2013 and Security Laws (Amendment) Act, 2014.

These laws imposed tough penalties on journalists and expanded offences for which they could be punished. The government’s increased intolerance of the media culminated in the temporary shutdown of four independent TV stations after they covered former opposition chief Raila Odinga’s symbolic presidential inauguration in 2017.

The Kenyan government is a signatory to treaties like the International Covenant on Civil and Political Rights. Signatories are required to protect media workers from threats by state and non-state agents.

There is an intrinsic link between media freedom and democracy. Vibrant, independent media are crucial for Kenya to survive as a democratic state. Upholding free expression and media rights – guaranteed by Kenya’s constitution and international human rights law – should be the duty of the government.

Kenya needs to directly address the attitudes that foster the culture of impunity among state agents and the political class. It’s also essential to enforce laws equitably and support journalists who are victims of crime. 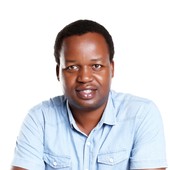 Food and healthcare in war-torn Tigray: preliminary insights on what’s at stake

African Union vaccines to be allocated according to population