South Africa’s governing African National Congress (ANC) has long been good at diagnosing its problems, but not much good at fixing them. Its own documents have been accurately describing its problems for two decades – factionalism and corruption, which are often mentioned by its detractors, have been discussed in its reports and strategy documents since the 1990s. But knowing what the problems are does not seem to help it to solve them.

The newest example of this ability to identify problems is a comment by deputy finance minister David Masondo. He told an ANC MP who asked him why local government was not working and was getting worse that the key was “sorting out” politics in local government:

We can change rules and regulations but as long as we don’t tackle the issue of political leadership at a local government level we will continue to have many of these problems.

Local government needed “developmental political leadership” which would be better able to work with business and national government to promote economic development. This leadership would also appoint competent officials.

South Africa has three “spheres” or levels of government – national, provincial and local. While all three are often accused of corruption and incompetence, local government is commonly identified as the worst. Councils are frequently accused of being unable or unwilling to provide residents with adequate services (seemingly because many councillors are only interested in self-enrichment rather than public service).

Studies have shown that Masondo’s diagnosis that the problem is political is accurate. His comment also sheds light on government in South Africa. From the early 1990s, the country’s elites have shown a strong taste for technical solutions to political problems. They assume that if a law is changed or a policy is adopted which says that government should work better, it will.

The latest fad is that changing the electoral system will mean more accountable government, despite the fact that the system to which most of the faddists want to change – in which there would be both proportional representation and the election of representatives in voting districts – already operates in the same local government which everyone agrees is not working.

Local government has seen its fair share of legal solutions and other technical fixes – the favourite right now is the district development model, often mentioned as a solution by President Cyril Ramaphosa.

Officially, this allows municipalities to draw on help from national and provincial government – some in government no doubt hope that what it really means is that they will tell local government what to do. But even if they do help rather than instruct, this assumes that the cure for local government’s ills is technical, that municipalities need help on how to perform management tasks. In reality, the problem is political.

South African local government is deeply unpopular – it has been the target of protest in the townships (black residential areas) and shack settlements for years. While it is fashionable to say that the problem is poor “service delivery”, which means that local government is not good at technical tasks, the real reason is that people believe, accurately, that mayors or councillors do not hear them and so have no idea what they need.

So, Masondo does know what the problem is. His solution is less clear. What are “developmental” political leaders? Since he also heads the ANC’s political school, he may believe that they are produced by careful selection and training. This would not be the first time the ANC believed it needed a “better” sort of candidate. Former president Thabo Mbeki still argues, as he did when he was president, that the ANC reserved its best people for national and provincial government and sent only the third best to local government. ANC elections head Fikile Mbalula wanted to ensure that only people with “impeccable credentials” were chosen.

But who is “developmental” or who has the right character are matters of opinion. Who would decide who the “right” people are and why is their judgement better than anyone else’s? Nor do qualifications necessarily make anyone a better representative – what is needed is not a degree but a willingness to listen to people and to serve them.

This approach also misunderstands why local councillors often don’t care what their voters think. The reason is not that people have not taken the right courses. It is that, in an economy from whose benefits many are excluded, politics is a route into the middle class.

Since some parties are reelected in suburbs (mainly white and wealthier) and townships whatever their councillors do, keeping your seat – and so staying in the middle class – depends on impressing not voters but the power holders who decide who the candidates are. None of this will be changed by introducing character tests or requiring qualifications.

Even if training or selecting a new set of leaders is not what Masondo has in mind, he does insist that it is the type of person who becomes a councillor which matters. But local government lacks popular support because of deep-seated realities which will remain no matter what type of candidates are selected.

For example, the law provides for ward committees which are meant to enable “community members” to tell the councillor what they want. But the committees usually comprise politically connected people because members are not chosen in direct elections. Either they are elected at meetings which only activists attend or are simply selected.

This further strengthens pressure for councillors to take their cue from elites rather than voters.

If the politics is really to change, local voters must gain far more control over councillors. In the suburbs, where people can hold councillors to account, they usually choose not to. In townships and shack settlements, people often can’t do this because the elites have much more power than them.

Not much can be done about this in the suburbs (people can’t be forced to hold councillors to account if they don’t want to), but much could be done elsewhere to change a power balance which always dooms most voters to putting up with councillors who don’t serve them. If that began to happen, the deep-seated realities would ensure that many councillors would still see office as a ticket into the middle class. But keeping hold of the ticket would depend on impressing voters, not party elites. 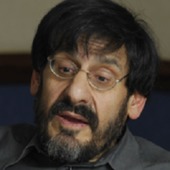 This show’s all about playing grown and sexy music from all over the African continent. It’s all about good and quality music to soothe your day and help you through the perfect way to end your day.